There are a myriad of new features being released to Dynamics 365 and the Power Platform right now. It’s tempting to try out new features and, perhaps push a new feature through to production if you or your customer is willing or agile enough. For some larger organisations however, there’s more of an importance placed on standards and governance than ensuring the continued agility of getting new features and new applications quickly to production.

But how do, or how should Enterprise Architecture standards apply to those of us who have invested our time in these newfangled Power Platform based solutions. How can we ensure an organisations approach is both agile and structured?

Let’s consider the ‘Citizen Developer’ term, which Microsoft actively use to market the Power Platform. Citizen Developers are not professional programmers, but business users who have the technical understanding to solve problems using non-code or low-code platforms such as Canvas PowerApps and Dynamics 365. This is great! Citizen Developers can build both Shitty First Drafts and production ready applications without having to know the traditional software considerations such as DRY (Don’t Repeat Yourself), Composition / Inheritance and Separation of Concerns.

They can get their drafts into production quickly, solving business needs and making the business more productive. Things ‘just work’ and this is as a result of business users being able build things themselves quickly. The are immediate business benefits. However, consider the following two scenarios, 30 years apart. 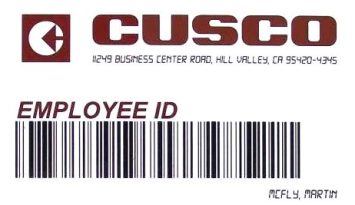 Marty is working with for Cusco, a company which had grown quickly, recruiting hundreds of new employees in the space of a year.

Each department had their specific needs, and each area had an emotional attachment to their own solution.

An audit revealed that there were hundreds of versions of the same company ‘standard’ spreadsheet with an amended macro on each, tailored for each team’s ‘unique’ needs.

Marty Junior is one of many tech savvy business users Cusco has employed in the year 2025. The Power Platform has gone from strength in the previous six years and now these business users can build fully functioning consumer PowerApps, Portals and AI applications.

Without any governance, guidelines or standards PowerApps have grown dramatically and different departments are rolling them out to customers.

In the Power Platform admin console there are hundreds of CDS instances, Flows and PowerApps. No one is sure who owns what.

Get some structure to your data stores

Most organisations realise the need for some governance to solve the types of problems encountered above. Moving everything onto the Power Platform consolidates your applications onto a single platform and stack, but unchecked but there’s still a lot of potential for application sprawl and data duplication within the platform.

If there are multiple CDS instances, can you really call it your company ‘Common’ Data Service? Is an unchecked Power Platform much better than lots of different types of spreadsheets being emailed around like we used to have back in the day?

Right now, users who are licensed with a PowerApps P2 licence – or the upcoming PowerApps ‘Per User’ – licence are no longer bound to having a limited number of environments. As long as your storage entitlement can handle it, users with permissions can create as many CDS environments as they like.

This should prompt any business to ask themselves some questions :

How many Common Data Services should I have?

To me, a CDS is not really a Common Data Service when there is no information governance around what is being created and why. Enterprise Architecture principles need to be applied to make sure the right type of data is being stored in the right place by the right people. This probably sounds like I am recommending only having one CDS at this stage, but this is not necessarily so.

I was recently performing a Dynamics 365 for Talent installation which made me think in more detail about scenarios where it may make more sense to have multiple CDS instances. This organisation already had a working Dynamics 365 CE environment used for Sales and Marketing. During the installation, it’s up to the user to decide whether or not to create a new CDS installation or point it to an existing D365CE instance. In the end, we decided HR data should be stored in its own dedicated CDS because the data contained within was sensitive and unrelated to that in the D365CE instance.

The platform is changing so quickly – undoubtedly we will start to see better practices, standards and tooling to support such governance and policy support.

In the meantime, don’t just wing it, get some structure to your data stores and processes!